February’s ice storms cut off power and water to millions of Texans and caused 111 deaths. In a state that values free markets, competition and energy choice, those affected by the disaster may be considering switching utility companies. What might they be looking for in a new service provider?

Texas is known for a lot of things. Faith, family, freedom. Music, cuisine, independence… But ever since devastating ice storms hit the Lone Star State in February 2021, Texas has become known for something else: energy choice.

This matters, because Texans who lost heat, electricity, water and loved ones during the storms are unhappy with how they were treated. They want their needs to be met. And they don’t want to be taken advantage of.

Now, then, is the time for utilities, in search of new or renewing customers, to show up and engage Texas residents with helpful, meaningful outreach. Luckily, A.I.-driven data analysis and customer segmentation are making that easier to do in today’s digital environment.

A Recap of the Ice Storm and its Aftermath

During the Texas freeze, natural gas and coal-fired power plants in many regions could not keep up with the increase in energy demand by residents. Large swaths of Texas are not connected to the national grid, so utilities don’t access or distribute energy supplied from other states.

Power distribution lines and wind turbines froze, too, ceasing to produce power. Experts explained that was because this infrastructure lacked sufficient weatherization to effectively operate under such frigid temperatures. Eventually, the grid became overwhelmed and shut down.

4.3 million homes lost power for several unbearable days as a result. People wore their coats and hats indoors. They piled under blankets with each other to stay warm. It was 40 degrees inside many homes; sub-zero outside. Some people died of hypothermia; others from fires caused by camp stoves or gas leaks.

Insurance claims for damage to vehicles, homes and personal property, as well as for compensation related to hotel stays, spoiled food and business closures, are still being filed. The price tag could amount to as much as $20 billion, say experts at Houston-based lawfirm Stewart J. Gus.

The Role of Energy Choice in the Wake of Disaster

As a result of so much harm, people who survived the storms may be open to switching energy providers. And in many cities and towns across Texas, they have the agency and freedom to choose which company to sign on with.

Keep in mind that some regions, like Austin, San Antonio, El Paso and elsewhere still maintain municipally-run, regulated utilities. So residents there are beholden to whichever providers are available.

But many areas, including Dallas, Fort Worth, Corpus Christi, Amarillo and Houston, which saw the highest number of ice-storm-related deaths, are deregulated. That means a wide array of electricity providers are available for customers there to choose from.

Whether utilities operate in unregulated or regulated territories, now may be a make-or-break moment. If there was ever a time to engage residents of affected communities about programs, rates and services, it’s now.

Let’s take a look at some general facts about what Texas, as a whole, is facing when it comes to electricity:

As we zoom in to study the individual households of Texas from an energy consumption perspective, we know that every person is unique. No two households are the same. But our job, as data scientists, is to find patterns and similarities across large data sets, despite enormous differences. Yet we are keenly aware of the wide spectrum of human variation, of outliers and exceptions that make targeted engagement so critical.

We never, ever want to lump people together based on a limited view. Especially not in a place that 29 million people call home; where beaches and swamps meet fertile prairies and high-desert mountains; where you’re likely to hear Western Swing, Mariachi and hip-hop all in one night.

Nevertheless, as one anonymous source for this article put it, the infamous ice storm of 2021 became a sort of “equalizer” for Texans.

“When everyone’s power went out,” they said, “it didn’t matter who we were or what part of town we lived in. We were all in the same boat.”

What we look for when we study people, as far as energy consumption is concerned, are things like demographics, profession, numbers and ages of people in the household, local geography, home size, energy usage, vehicle ownership, consumer shopping behaviors, social media channels and more.

What we’ve found among the vastly different people of Texas, as a result of conducting some A.I.-driven data analysis, are a few common themes:

Lower-income Texan households are interested in keeping energy affordable. Three or more generations may be living under one roof. They may rent their homes rather than own. As such, they may have little agency when it comes to fixing leaky windows or doors, or updating faulty AC units.

This group, however, is also concerned about the environment. They just don’t always feel they have the ability to do anything about it. Offer them information on rates that come with stability and flexibility. And engage them with tips on cutting energy costs.

Share advice on how they can weatherize, even if they rent. This group is open to receiving information on energy efficiency incentives, and they especially welcome incentives that bring expensive items, like energy efficient appliances, within their reach.

Higher-income households are overwhelmingly open to new technology. They may be looking for green alternatives to their current energy services. These customers live in spacious homes, and they have robust online and offline shopping habits. They’ve invested a lot of time and money in their homes, and they want to protect their investment against extreme weather damage.

In affluent neighborhoods, consumers are highly tech-enabled and are interested in installing smart thermostats, solar panels and buying EVs. In fact, many are truck owners who may be watching the rollout of Tesla’s truck model closely. This group of consumers has the money for traveling, and they are particularly interested in domestic travel. So they may be keen to see their energy company contributing to EV charging networks and working to reduce EV range anxiety.

We’re seeing a much higher usage of professional networking platforms than any other social channels among this group. This makes it simple and relatively affordable to target them with messaging. Make sure they’re informed about your smart technology and carbon reduction offerings, as well as cost-saving programs.

Even though this group can afford higher prices, especially after the devastating ice storm, no one wants to be price gouged. It helps to let these potential customers know you’ll be there to protect them long into the future.

The Value of Community Engagement

Significantly, behavioral data show that many affluent Texans are generous contributors to charitable causes. In the aftermath of February’s extreme weather, they may be donating to relief efforts and even volunteering themselves to help those most affected by the storm.

No matter what kind of utility you work for, and no matter what part of the world you operate in, we encourage all service providers to take a deep dive into their data to understand the people they serve–or could be serving. A footprint-specific, A.I.-driven analysis will shed light on all of those unique outliers and exceptions we know are the keys to targeted, segmented customer outreach.

If you’re ready to take the next step toward A.I.-driven customer segmentation for your utility, please reach out to us. Be sure to sign up for BlastCast, our e-newsletter, and make sure to follow us on LinkedIn, Twitter and Facebook! 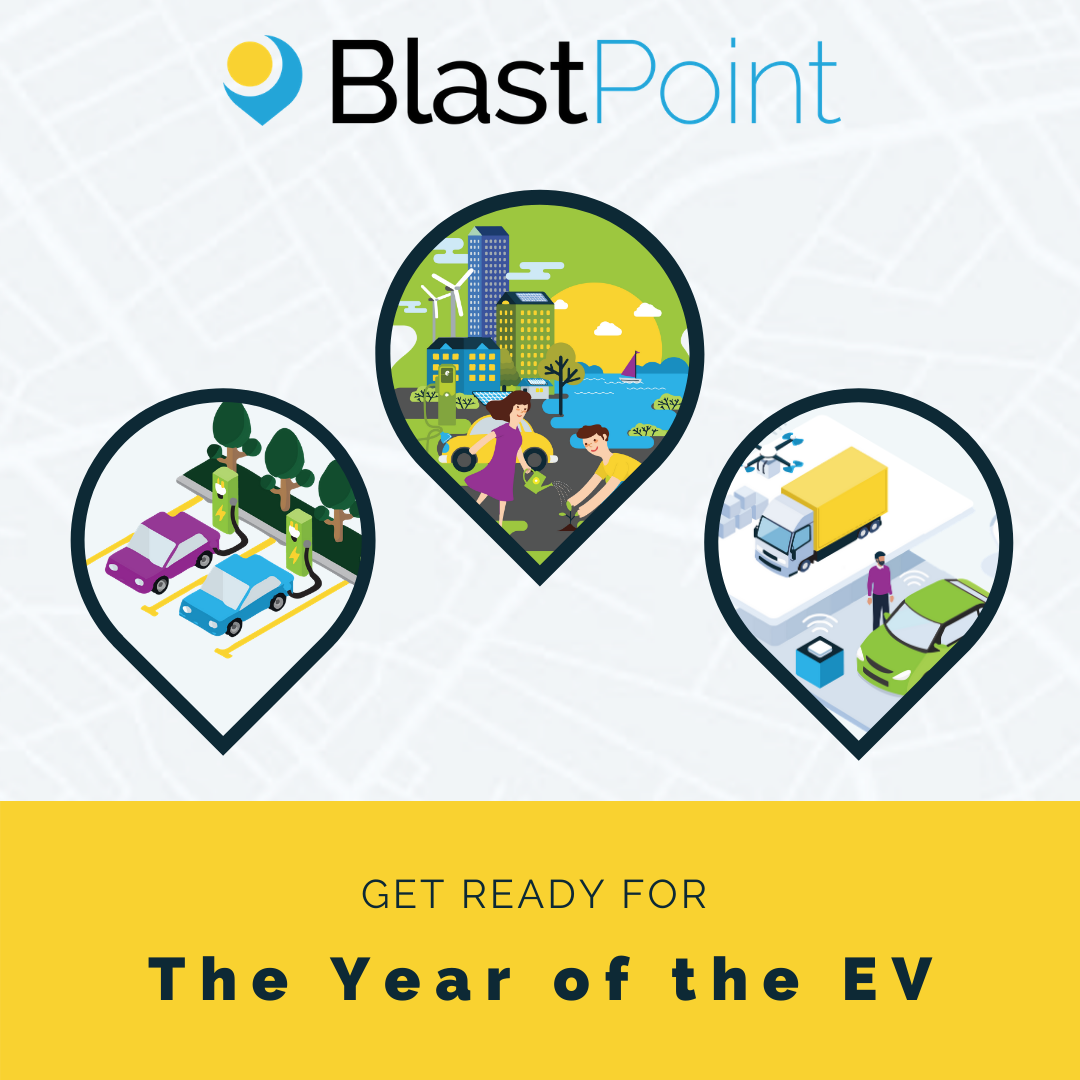 Discover how companies can make make the most of projected EV growth in 2021. Download BlastPoint's 2021 EV Outlook Report!